Save 35% on a Fun Scavenger Hunt Adventure Use Code: FGCOUPON

35% off. Urban Adventure Quest's Scavenger Hunt Code: FGCOUPON. Turn Your City into a giant game board with this fun scavenger hunt adventure. Combine the excitement of the Amazing Race with…
View

So, I had the opportunity to take my family to do a pretty cool thing, comped.  I wrote a post about the Urban Adventure Quest.  It's a scavenger hunt you complete using your smart phone and the city of your choice - they have 40 from which to choose.  We finally completed our own quest a couple of weeks ago and I wanted to share our experience with you - highs and lows.

My middle son was turning 12 and wanted to do something unique. We took the five of us to downtown Atlanta via MARTA (our rapid transit), which was about $25 round trip for our family.  If we had parked in a lot downtown, it would have been maybe about $10 less.  Thing 2 has a MARTA fetish, so we humored him.

Our starting point was Centennial Olympic Park.  As we approached, we saw a line of people snaking around the outside of the park.  Guess what?  Huge gospel music festival going on.  Oops.


So, my first tip would be to see if there is anything going on in the city in which you are questing.


We pulled up the quest on our phone and got started.  Our first few questions had us looking for various pieces of information within Centennial Park.  Once the information was found, we entered it into the web site to receive the next question.

One snafu - a couple of the things we needed to find were blocked off because of the special event in the park.  In that case, you can elect to skip the questions and go on to the next.


It would be a good idea to take a map of the city with you.  The site gives you some direction, but it would have been much harder if the city were unfamiliar to me.


Up next?  World of Coke.  This question stumped us.  I don't want to spoil anything for y'all, but suffice it to say that what we came up with in our heads to look for was very different from what the landmark actually looked like.  At this point, this is when I realized that this might not be a fun thing for younger children.  Our 7 year old is actually more easy-going than our 13 year old, but it was hot and he started to check out when he just couldn't wrap his head around this clue. 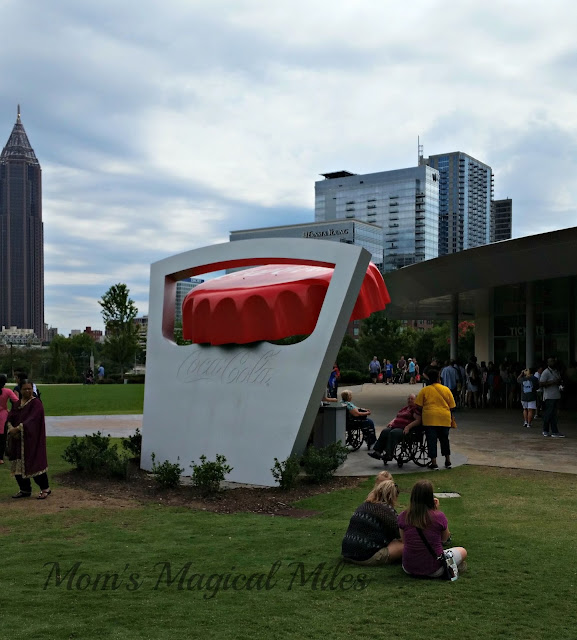 Our next stop was the Georgia Aquarium.  We pulled out some snacks and did some research.  Full disclosure - a couple of the questions had us going back to Centennial Park and the area that was blocked off.  Our kids balked at walking back over there anyway, so we called upon our friend Google to try to answer the question. 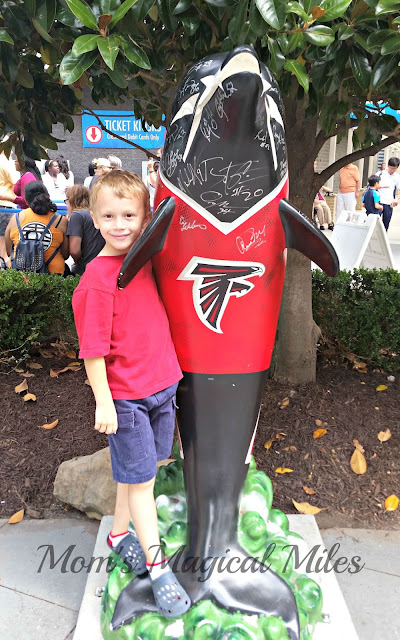 Everyone was in dire need of some lunch, so we ducked into the Chick-fil-A attached to the new College Football Hall of Fame.

Here's the part where we cheated like Lance Armstrong.  The majority of the next questions required us to head over to Oakland Cemetery.  I LOVE me some Oakland and so do the kids - it's gorgeous.  It's one of the last well-maintained Victorian park cemeteries and it's full of beautiful architectural artwork. 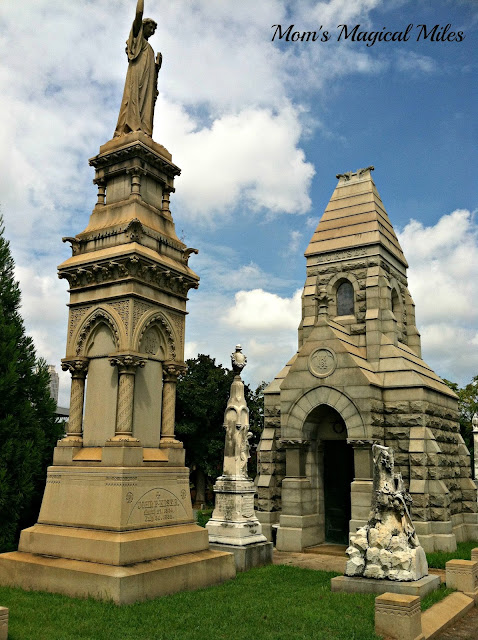 It would require, however, another round trip on MARTA for all of us since it was not within reasonable walking distance from Centennial Park.  People balked at this.  Another 25 dollars and getting to and from stations and back....  It was just hot enough and people were just tired enough to where a trip to Oakland didn't happen.

We valiantly tried our best to harness the power of the internet from our table at Chick-fil-a to answer the questions about Oakland.  We got some, we tanked on some.  We did the best we could.

Our final question took us to a downtown hotel the likes of which my children never frequent, so they were pretty perked up at that.

I know this review may not sound like it, but I really, really, REALLY like this quest.  Just not with my children.  I think it's a good thing for families, sure, but the kids need to be a little older.  The children need to understand that you don't go IN the attractions - the clues you are looking for can be found outside in the areas in front of the attractions.

I think it would be a really fun thing for a group of friends or coworkers to do.  That way, the additional fee of MARTA wouldn't be such a big deal since it would be only $5 per person.  You could add in extra excitement by getting 2 teams together and competing to see who finishes first!

Let's hear from you - is this something you think would be fun?  Who would you recruit for your team?

Proud Member of The US Family Guide Network